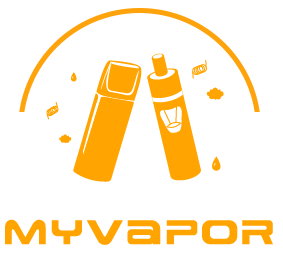 Dutch Flavor Ban Postponed Until Next Year
Vaping is less harmful than smoking
With the development of the social civilization, people are more caring about the product nature, not only about the quality itself, but also the impact to the health and to the environment as well. Over the decades……..
Eleaf iStick TC 40w 2600mah Kit Review
iStick TC 40w 2600mah Kitfrom Eleaf brand is absolutely the classic. In fact, the Eleaf iStick TC 40W kit seems to be what the brand needed to become the top in the vaping world. The saying that “you get what you pay for” does have some truth to it, but the iStick 40 W shows that it doesn’t mean you can’t get a solid kit for an excellent price. If you’re looking for a great TC vape, you could undoubtedly do better elsewhere, but once you get it set up, it’s definitely passable I have owned a few Eleaf products and have nothing but great luck with them so I want to share this statement of my Eleaf iStick TC 40W kit review……..
Philippines E-cigarette Groups Push Signing of Vape Bill
Recently, VARIOUS Philippines e-cigarette groups pushed for the signing into law of the Vape bill, or the “Vaporized Nicotine and Non-Nicotine Products Regulation Act,” they expressed their support for the proposed measure on vape regulation, to provide adult smokers with “better alternatives” and to “end the smoking epidemic in the country…….
U.K. DHSC Acknowledges Vaping’s Role in Harm Reduction
The Department for Health and Social Care’s (DHSC) of UK has acknowledged the role of vaping in smoking harm reduction, according to the U.K. Vaping Industry Association (UKVIA)……
U.S. Bill Regulating Synthetic Nicotine Clears Congress
As part of a federal funding bill, language giving the Food and Drug Administration authority over synthetic nicotine, and any other nicotine that is not derived from tobacco, was passed by Congress on March 11. President Biden is expected to sign the bill into law soon.
Dutch Flavor Ban Postponed Until Next Year The Netherlands will postpone its flavor ban for six months, according to the Dutch vape trade association Esigbond. The decision to delay implementation of the law, which had been scheduled to take effect July 1, was made by the Dutch cabinet (Council of Ministers).

The flavor ban, approved last May by the cabinet, will only allow sales of tobacco-flavored vaping products. To enforce the restrictions, the National Institute for Public Health and the Environment (RIVM) created a list of approved flavorings, which Esigbond says was based on the list produced by Health Canada for its planned flavor ban.

Esigbond says the list included two flavorings—isophorone and pyridine—known to be carcinogenic. The trade group alerted the government to the problem, and the cabinet postponed implementation of the flavor ban while RIVM reconsiders the list of allowed flavorings. Esigbond discovered the connection between the Dutch flavorings list and the Canadian one through document requests made through the country’s Documents Public Access Act (WOB).

“We have offered to help the government think about a practical policy on e-cigarettes in the past because of our extensive knowledge,” said Esigbond chairman Emil ‘t Hart. “This mistake could easily have been avoided if the government had talked to us.”

The flavor ban was first announced in June 2020 by former health minister Paul Blokhuis—a major proponent of vaping restrictions. A public consultation launched in December of that year received a record number of comments, mostly in opposition, and vaping advocates also delivered a petition signed by 19,000 consumers to the government.

The rules were justified by a health ministry-commissioned 2020 study conducted by the Trimbos Institute. The study featured cherry-picked science to back its conclusion that flavored vape products attract teen users, and that “there is increasing evidence that the e-cigarette is a stepping stone to tobacco cigarettes.”

Seven European countries have passed flavor bans, including the Netherlands. Estonia, Finland, Hungary and Ukraine have flavor restrictions in effect currently. Denmark’s flavor ban is set to begin April 1, and Lithuania will prohibit flavors on July 1. Sweden is currently considering a flavor ban. No European country has a full ban on all vaping products.